The origins of octagonal trumpets can be traced back to two geographically close locations. Graslitz, now Kraslice in the Czech Republic and, at a distance of 18 km, Markneukirchen in the Southeast of Germany, the Saxonian Vogtland. An area that acted for years as the world's music store this region was called the Musikwinkel. Graslitz was where the Arigra trumpet by Anton Riedl came from, Markneukirchen was the home of the Exakta octagonal trumpet and others, made by members of the Migma and Sinfonia workshops. The octagonal Arigra trumpet has to be dated in the thirties of the last century and has hexagonal valve casings, as have a lot of other trumpets of this period. They might or might not come from the same source. Another Czech maker, Bohland & Fuchs also produced octagonal trumpetsalbeit it on a smaller scale. Thes have fluted casings and here also a lot of copies/stencils are found. Basically these trumpets are made before WWII, although the Amati cooperative, the post-war combination of all the Czech instument makers, tried to market them after the war as well.

The octagonal Exakta of A.K.Wunderlich, the Alberto of Albert Wolfram and it's German likes were all made after WWII. There are only a few octagonale trumpets and trumpets with hexagonal valve casings of which I've found more than one specimen so far. Only the Arigra, the Exakta aand the Alberto were produced in serious amounts.

I've tried to relate the other trumpets to their closest 'look-a-likes' but that's a work in progress. And there are a series of 'stand-alone' and no-name trumpets that I haven't been able to connect to any of the others so far. 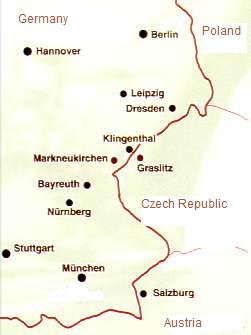 Retrieved from ‘https://brasspedia.com/index.php?title=Octagonal_trumpets&oldid=1798’
This page was last modified on 5 July 2019, at 17:06.
Content is available under Creative Commons Attribution unless otherwise noted.
Privacy policy
About Brasspedia
Disclaimers