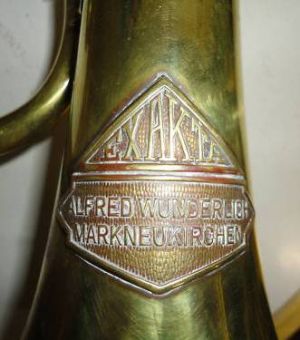 Here's a trumpet marked Rino on the spin and on the middle valve casing.

And a Rino octagonal trumpet with Sinfonia on the spin and Rino on the bell and pinky hook. As it's marked Sinfonia it must be later than 1960

And one more Wolfram, marked A. Wolfram and dated by de Ebay seller around 1975. 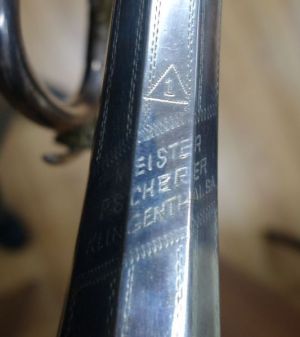 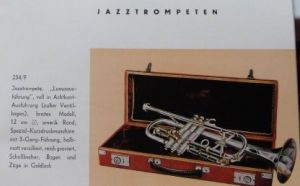 Sawatzki, like Wunderlich, also made octagonal trumpets and trombones.

Retrieved from ‘https://brasspedia.com/index.php?title=Exakta&oldid=5432’
This page was last modified on 15 September 2022, at 21:48.
Content is available under Creative Commons Attribution unless otherwise noted.
Privacy policy
About Brasspedia
Disclaimers